Boxing is a sport that many indeed associate with aggression, violence, or will to hurt the opponent. Aggression is also something that makes people and particularly, fans of boxing, love the sport.

There are many fans that love different aspect of the craft—beautiful movement, long jabs, and perfect combinations, but majority of people love to see a violent knockout—when the head of the loser nearly falls off. Since ancient times, people love to see violence and aggression, and that hasn’t changed to the present day. 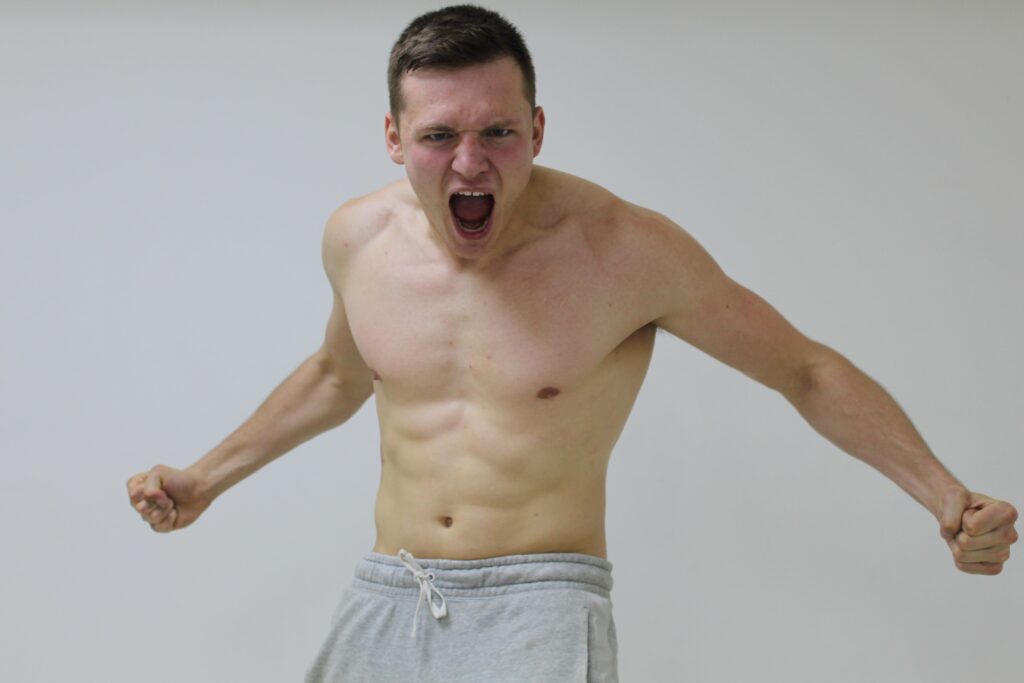 The idea for this article came from the fact that I often hear that to be a boxer, or rather to be a good boxer, one has to be aggressive, mean or cruel.

In this article, I will analyze the actual state of things, and share an opinion based on my boxing career as well as the observations I have had throughout the years I spent among the boxers. Here, We’ll not go in detail into a psychological approach towards aggression, but rather describe boxing-relevant types of aggression in simple language.

Majority of people consider aggression to be one thing—they associate it with violence and will to physically or mentally hurt another being.

That’s very far from the truth.

When you are in the ring for a while and you are surrounded by that state often, you start to understand that similarly to other feelings like love, disappointment or fear, aggression also can be broken down into types. 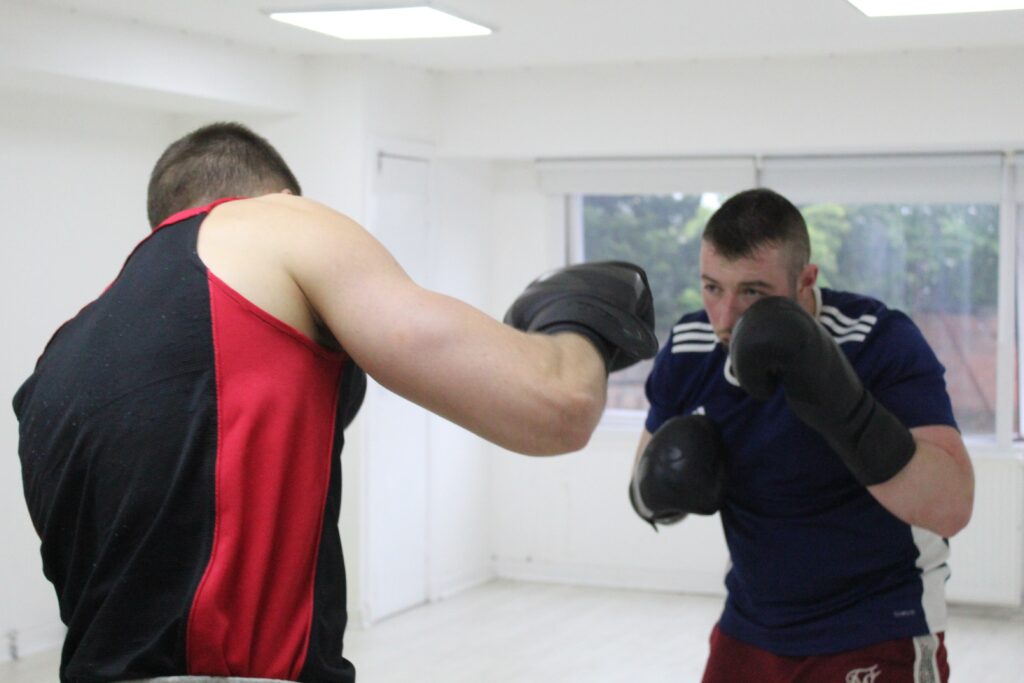 The most common type of aggression people encounter in their life’s is aggression coming out of the lack of control over their emotions or the situation.

We can often see this type of aggression in the boxing ring—during a sparring session, when one of the fighters get hit with a clear, even humiliating punch, the opponent often reacts with aggression and quickly tries to get back on his opponent.

Another example more from everyday life is when your younger brother gets repeatedly killed by the same guy in a multiplayer match in Call of Duty and gets angry because of the lack of control over the situation.

This type of anger is definitely something that is not useful for boxing. It is a type of anger that originates from insecurity and feeling of powerlessness rather than from confidence.

Usually when one gets angry like that in the ring (what people often misunderstand it as the person being tough/rough), it is a sign of weakness. It’s a sign of losing control and not sticking to the plan but letting your emotions direct your actions.

During a moment of such aggression, it is very easy to get caught with a punch or miss something as one does not function properly.

To sum it up—this type of aggression is definitely detrimental for the fighter. A great example from the boxing world—Mike Tyson. Because of his uncontrolled aggression, even though it was a deadly weapon for him, it also led him to take a L in his career. A famous fight that depicts that happening was his fight with Holyfield—by losing his coolness, Tyson bit Holyfield in his ear in the moment of heat and what ended up in him losing the fight. 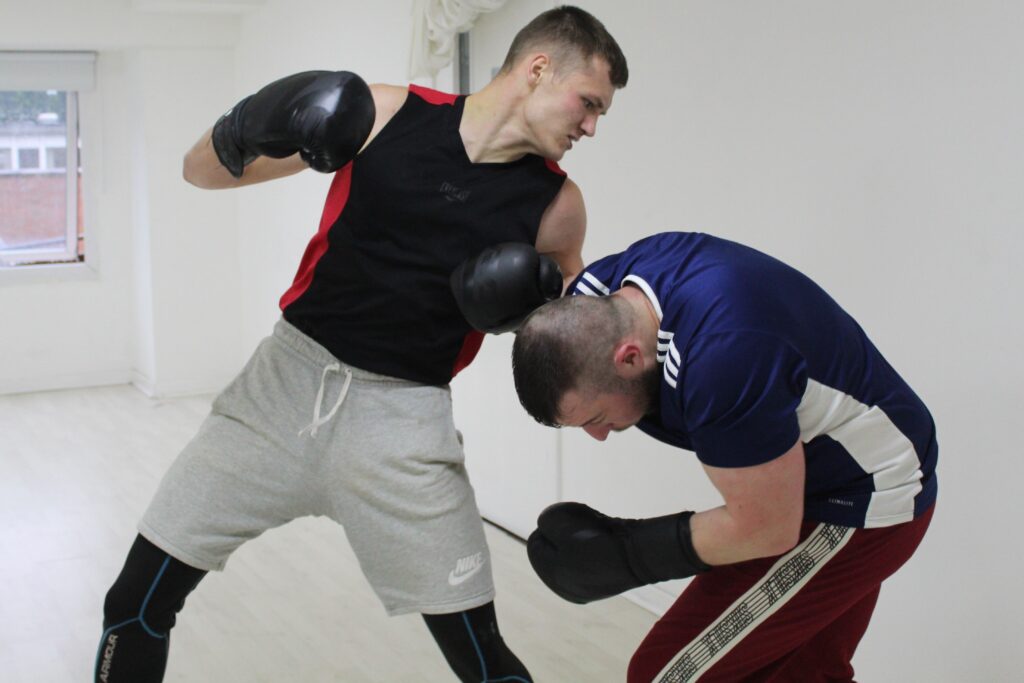 As much as the majority of people associate boxers with aggression, there is a group of people who think that the cooler, calmer, and more composed you are, the better you are going to box.

Those people say that anger is a feeling that makes you go out of control in the heat of the moment (true to an extent) and that being emotionless is advantageous in the ring.

However, that’s not always the case.

Boxing is a violent sport and at the end of the day, you must have slight violence or aggression to win.

Example of a bout during which the fighter was calm, cool, and collected was Fury vs. Klitschko. In that fight, Klitschko did it all—he himself is a master at not getting provoked and keeping his cool, but in that fight, he was so calm and not engaging, to the point that he missed the moment during which he should have engaged. In the end, he lost the bout on points. Fury indeed did not manage to provoke him in the fight, but he did what he had to do to secure the win. Klitschko on the other hand, fantastically kept his cool but failed to create the aggression needed to win. 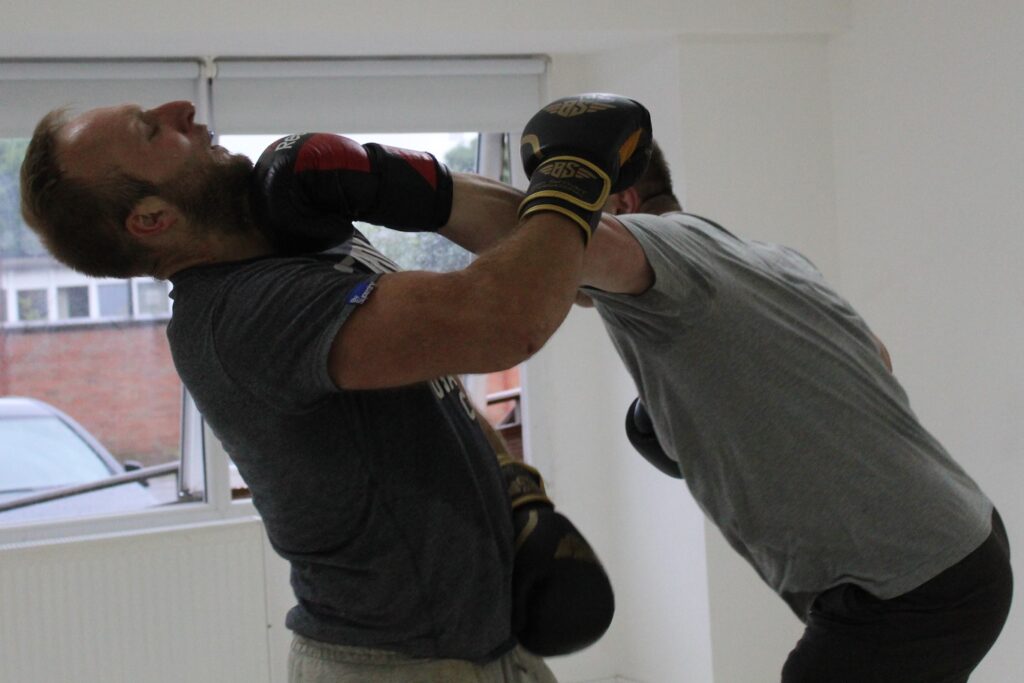 So, coming back to the original question—is being aggressive good for boxing?

But certain type of aggression only. I would call it as Justin Gaethje, UFC lightweight contender that soon will fight Khabib for the belt, calls it—controlled aggression.

I believe one can achieve this type of aggression only by training and fighting, as it is a unique state of letting the anger out, while also controlling it.

That makes one dangerous.

Being in the state where you control your aggression is a state in which you want to go forward, fight, cause damage, score points, and engage in a battle, while also minimizing the risk of getting caught or doing something you don’t want to do due to the heat of the fight.

Great example of the fighter who controls his aggression is Floyd Mayweather. On one hand, he is cold and sticking to his plan, but on another he can be extremely violent, going forward, landing, scoring points, and taming his aggression only to a certain extent.

When you can tame your anger and adjust to the fight, it makes you extremely dangerous and in an advantageous position. This type of aggression is something one should want, when one is in the sport of boxing. Great example of Floyd Mayweather controlling his aggression to win is the masterpiece fight with another great fighter Saul ‘Canelo’ Alvarez.

Tip at the End

1 thought on “Aggression in Boxing: Advantage or Disadvantage?”